Stage 1 – Statement of Intent to Negotiate

First Nations submit Statement of Intent to negotiate a treaty with Canada and BC.

Stage 3 – Negotiation of a Framework Agreement

The framework agreement is the “table of contents” of a comprehensive treaty. The parties agree on the subjects to be negotiated and an estimated time frame for stages four agreement-in-principle negotiations. Canada and BC engage in public consiltation at local and regional levels.

Stage 4 – Negotiation of an Agreement in Principle

Substantive treaty negotiations start. The parties detail the elements outlined in their Framework Agreement. The goal is to reach agreement on the topics that form the basis of the treaty. e.g: existing and future interests in land, sea and resources; government structures; laws; regulatory processes; amending processes; dispute resolution; fiscal relations and so on.

Stage 5 – Negotiation to Finalize a Treaty

Signed June 28 2019 – We are Here Technical and legal issues are resolved at this stage. A treaty is a unique constitutional instrument to be signed and formally ratified at the conclusion of Stage 5.

Stage 6 – Implementation of the Treaty

Modern treaty negotiations in British Columbia began in the 1990s with the establishment of the 6-stage BC Treaty Process.  In 1993, Wei Wai Kum entered negotiations in collaboration with other Laich-Kwil-Tach and Kwakwaka’wakw communities. Between 1993 and 2019, treaty society membership changed, so did the names of the society. In 2014, Wei Wai Kum and Kwiakah formed the Wei Wai Kum-Kwiakah Treaty Society and in 2019, the two Nations transitioned to Stage 5 negotiations. Stage 5 is an important step for our Nations; here we negotiate priorities like fisheries, the fiscal relationship with Canada, and our lands package, including a government-to-government relationship on co-decision making over lands. Once these negotiations are complete, our citizens will vote on the full treaty. 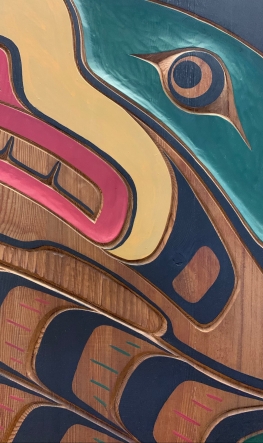